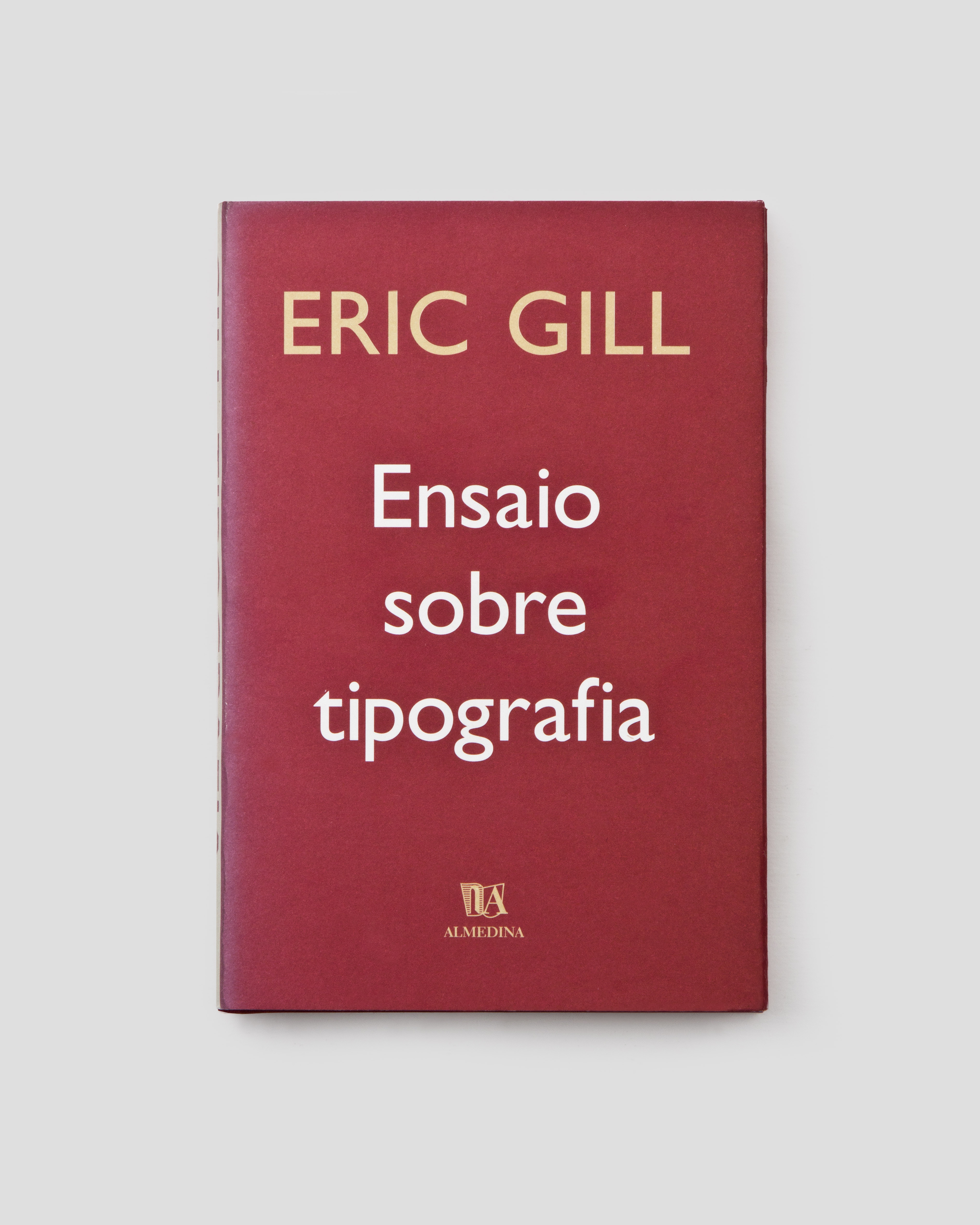 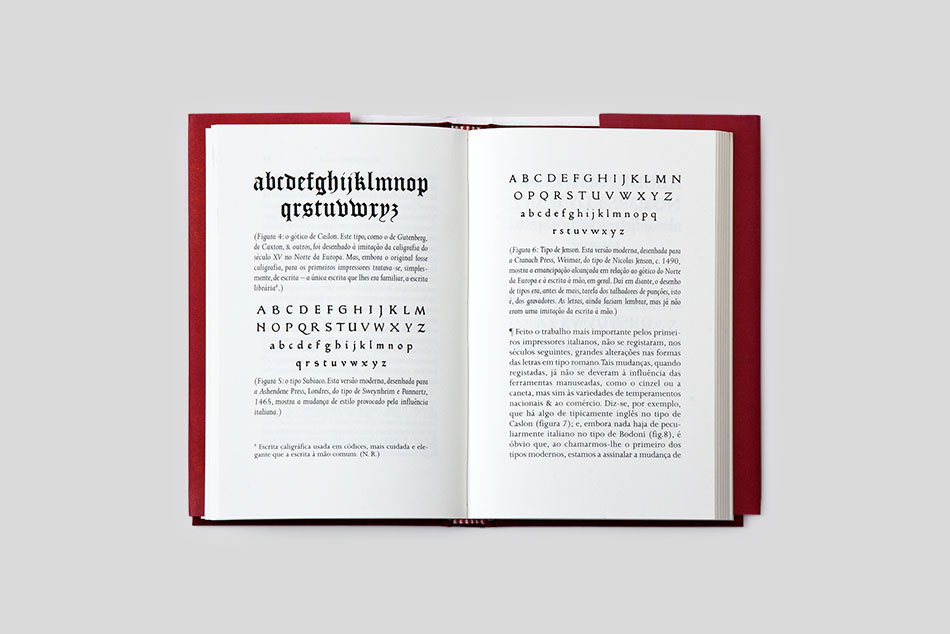 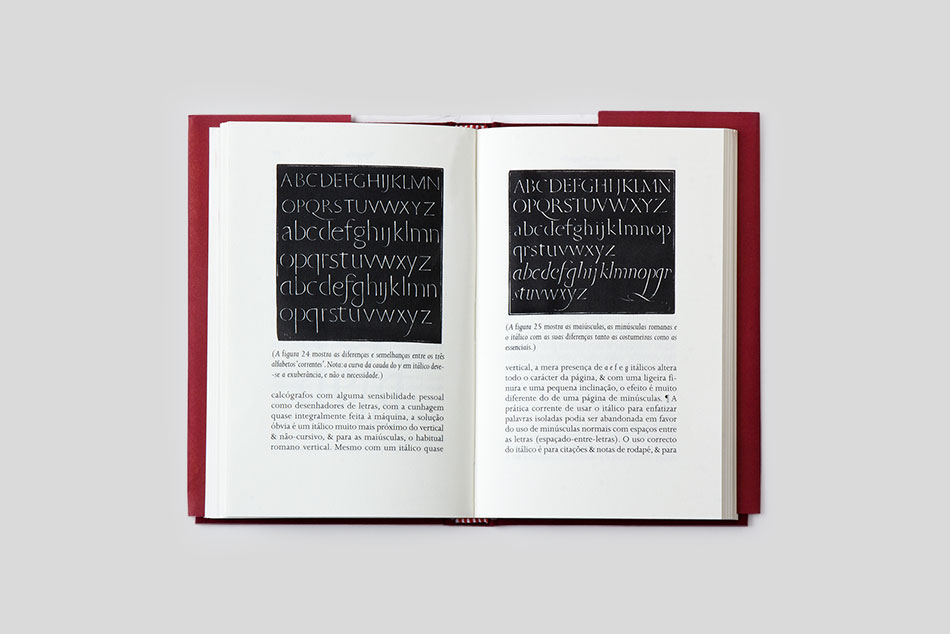 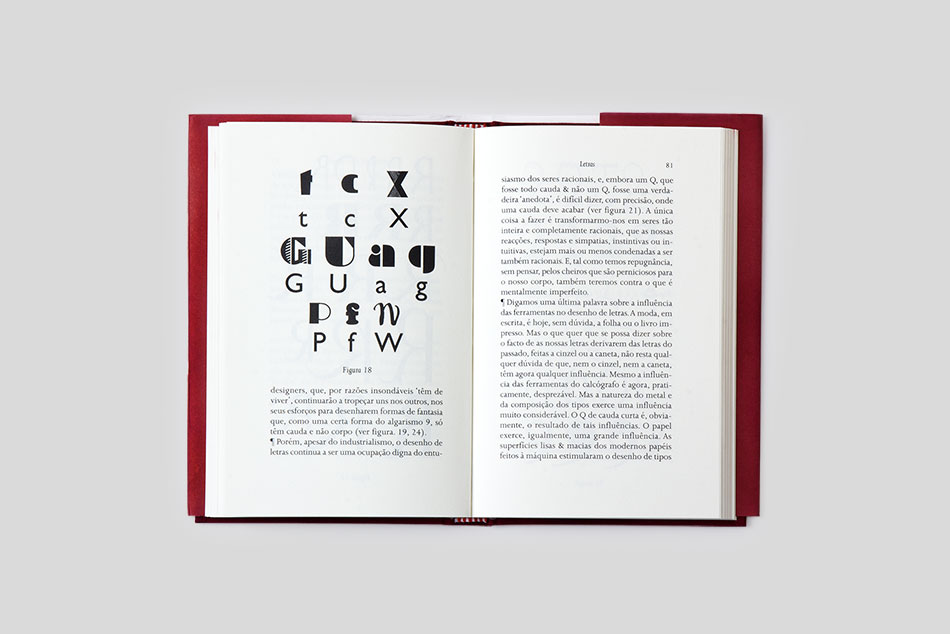 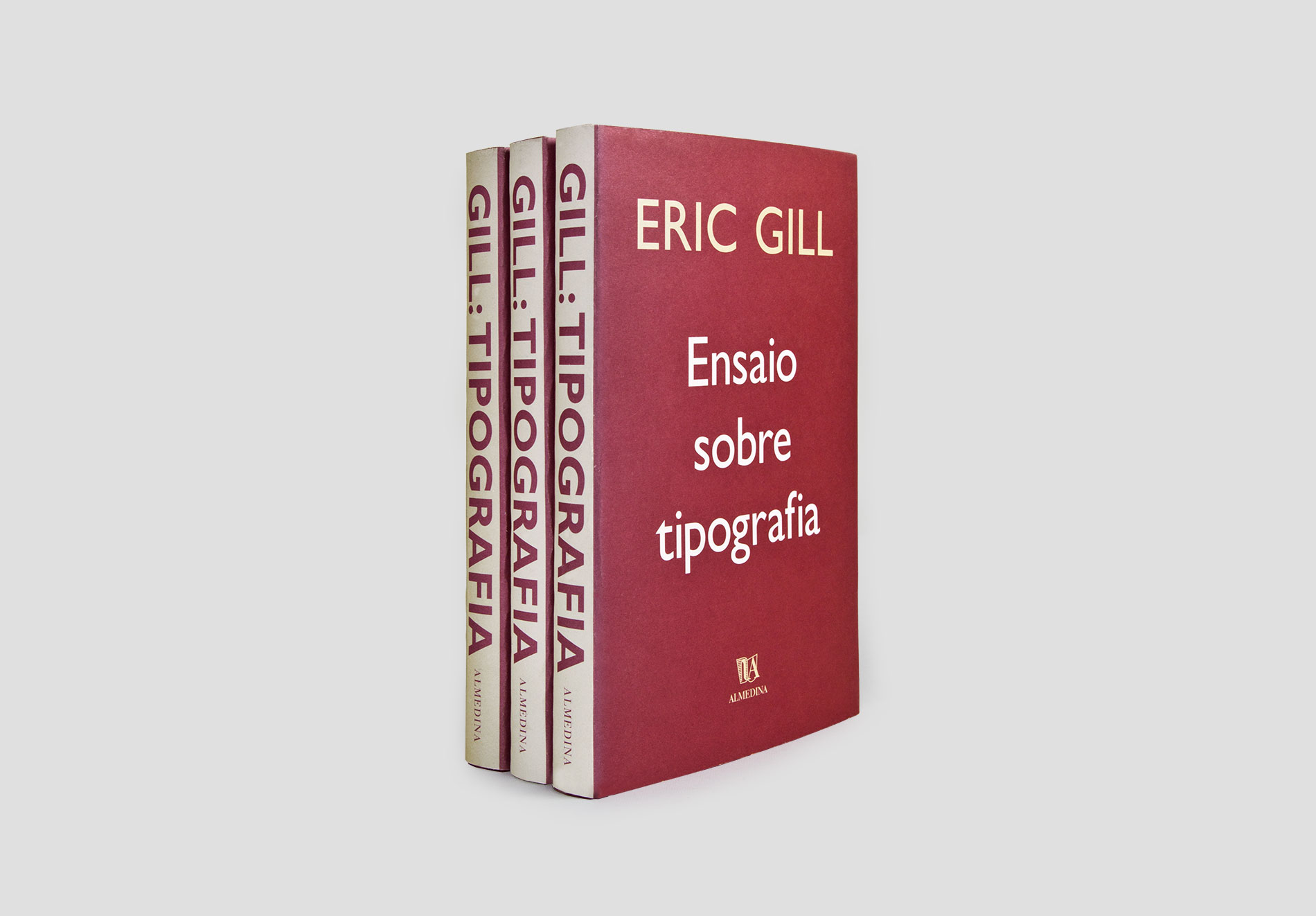 The choice of texts for this series, created from the friendship between FBA and Almeida Publishers has always resulted from emotional motivations. We publish books we love, authors we admire, texts that somehow inspire and influence us. Publishing this essay by Eric Gill, a visionary, controversial and so often incoherent persona, left no doubt after the first reading. The challenge was how to dress the Portuguese edition with some of the charm from the original print. Without the facsimiled option, we were left with the desire to try to understand the most characteristic formal aspects of the book and to try to recover them for the Portuguese edition.

This book is part of an editorial series on typography published by Almedina, started in the year 2000. The unifying elements of the books in this series are the letters - themselves - their history and design and, on the other hand, Almedina and FBA. who through these editions honor them.

Almedina is currently one of the most important Portuguese Law publishing houses. In addition to this area, Almedina has published in almost all areas of knowledge, highlighting, however, works on Literary Studies and Linguistics intended mainly to higher education where some of the most important authors are present.
in Books & Editorial