All Ghosts Use Black Boots 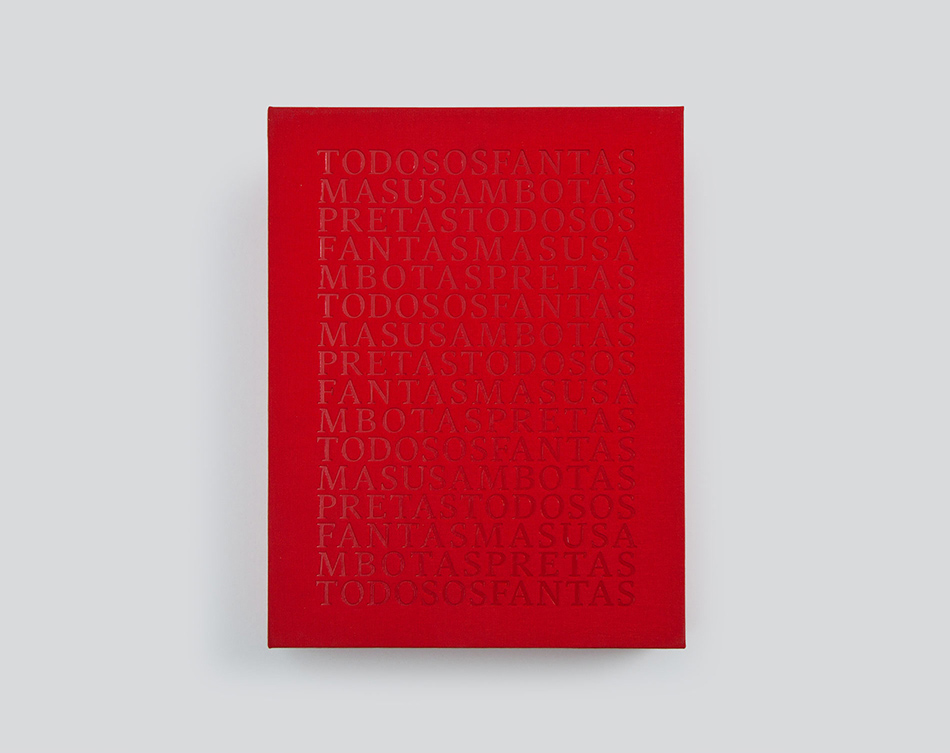 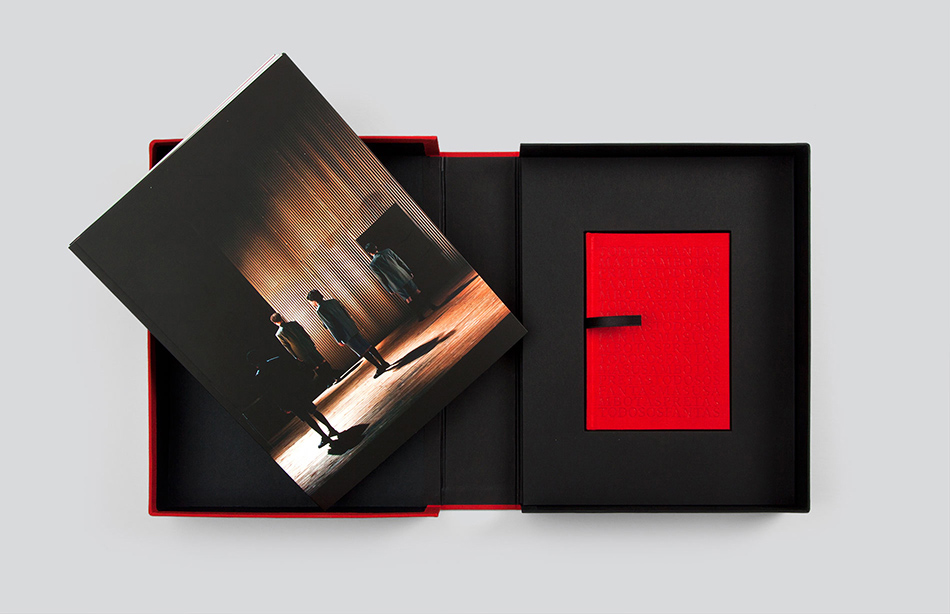 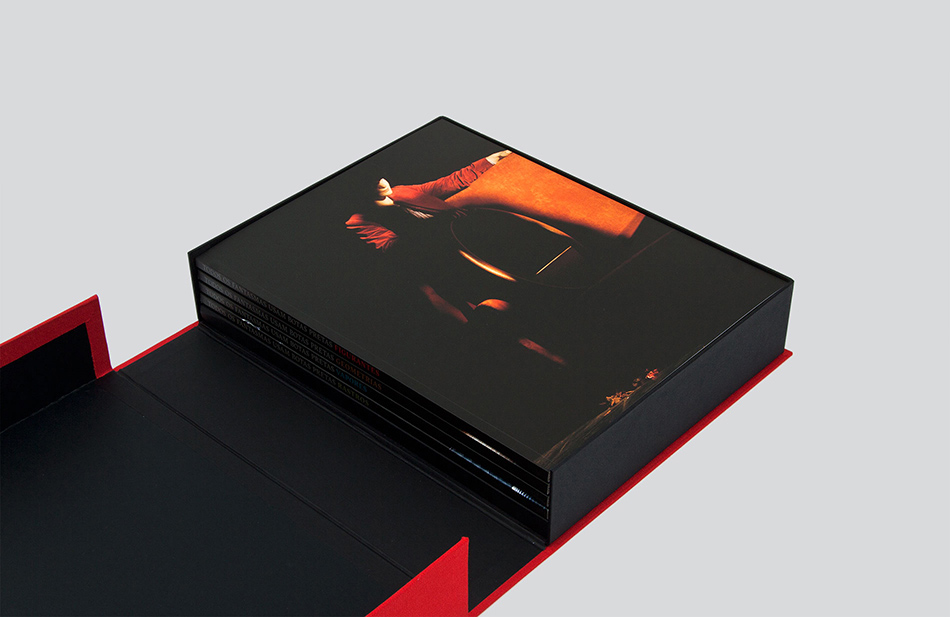 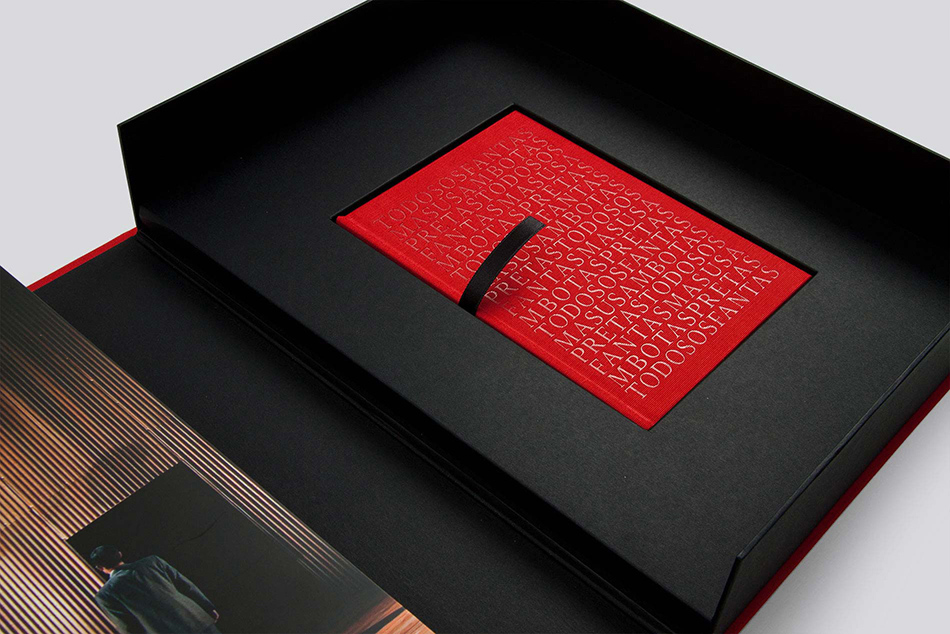 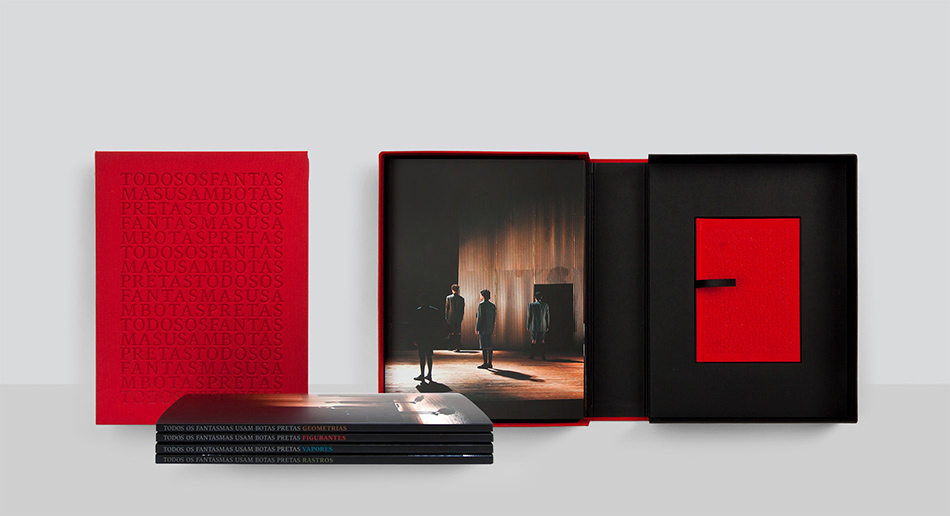 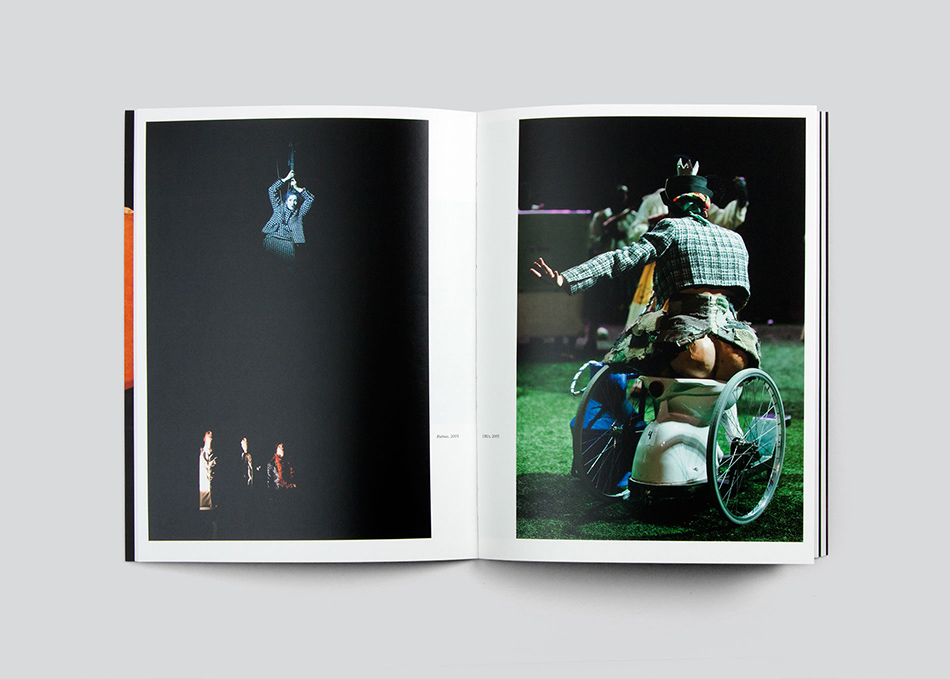 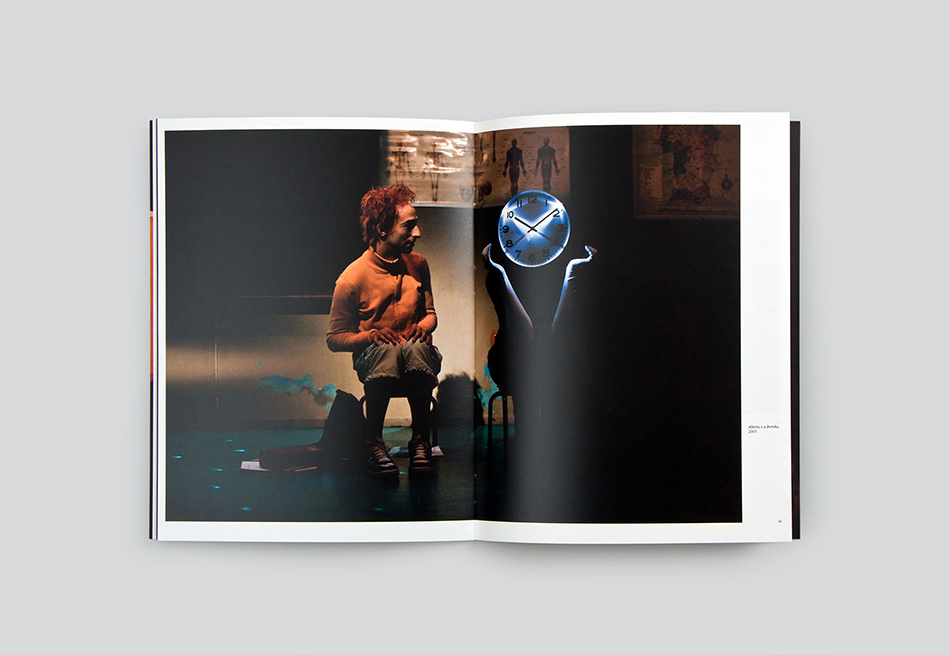 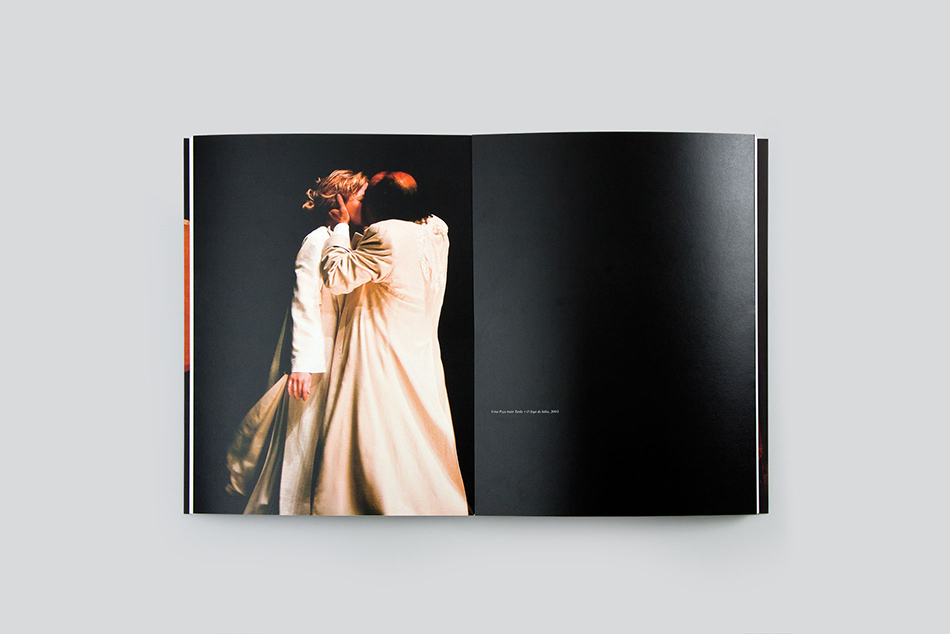 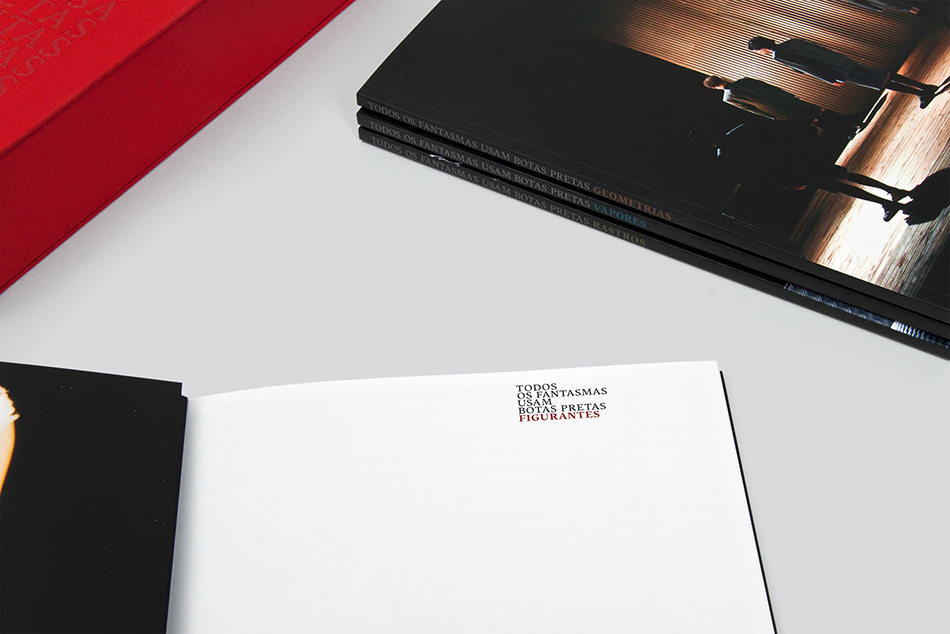 "Todos os Fantasmas Usam Botas Pretas" (All Ghosts Use Black Boots) was published by the São João National Theatre (TNSJ). It aspires to be a descriptive document - both reflective and affective - of the creative production of TNSJ between 1996 and 2009.
It consists of four books of theatre photography by João Tuna, accompanied by an additional book with texts by Manuel Maria Carrilho, John Havelda and Ricardo Pais.
Each photo book brings together images under one of four themes - Geometries, Vapors, Extras and Traces. Included in each set is a text by the poet and play-writer Daniel Jonas, allowing new readings of the images.

The complex and rich photo archives were adjusted to a physical reality limited by the possibilities of a printed object and developed in constant dialogue with the editor. What we first started to call a document archive we have now come to call a visual memory, hoping it will gain a collective nature.
The graphical approach simply provided the right stage to show all those ghosts.
A bespoke high quality textile screened box was designed to accommodate all the books. The final assembly results in a singular object, something with slightly enigmatic features with elegant and noble aspect.
Were it not for this edition and these ghosts would have just stayed in the memory of some.